As a Professor and former Chair of the Department of Sociology he has held many posts at the University of Western Ontario including Acting Director of First Nation Studies, Senior Advisor to the Vice President and the Senate at Western. Jerry served on the Western’s Board of Governors and was President for Board of the Museum of Ontario Archeology. Over his career he has served on many public inquiries and Provincial boards including being the founding co-Chair of the Ontario Health Professions Regulatory Advisory Council.

Dr. White has won numerous teaching awards including the Pleva Professorship and has authored, co-authored and/or edited 22 books.

Currently supervising: Natahnee Winder, PhD Sociology in progress: The experience of indigenous Students in University and the impact of inter-generational Trauma: Canada and the US

Douglas Enright: The Conceptualization and Operationalization of Social Capital

Michael Stevenson: Habermas and Lyotard on Justice and Consensus

Jennifer Hoffman: Moral Panics and the Strengthening of Hegemony: The Deficit and Debt 'Crisis' in Canada

Bob Nikolopoulos: The State and Labour Law: Union Certification Under Bill 40 and Bill 7

(2012) "Developing Oil and Gas Resources On or Near Indigenous Lands in Canada: An Overview of Laws, Treaties, Regulations and Agreements" (with Laura Wright) International Indigenous Policy Journal 3(2).

Jerry White currently leads an international research program looking at the impact and benefits of development on or near Indigenous peoples territories in Northern Canada and Russian Siberia.

Vital Signs : An Assessment of London’s Trends in relation to Social Development Goals.

Social Determinants of Well-being for Aboriginal Communities in Canada 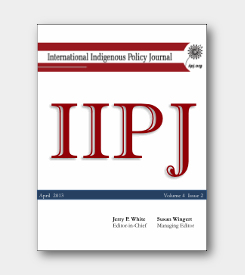