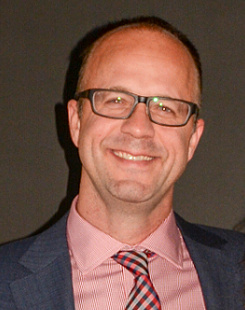 Dr. Michael Haan has been Associate Professor in Sociology at Western since 2015. From 2015 to July 2020, he was Canada Research Chair in Migration and Ethnic Relations. In his former appointment as Associate Professor in the departments of Sociology and Economics at the University of New Brunswick, he was Canada Research Chair in Population and Social Policy.

During his career, Dr. Haan has led the Canadian Population Society, as Vice-President (2014-16) and as President (2016-19). He now leads the Federation of Canadian Demographers as President. His commitment to make research serve public policy has led him to preparing many research reports for government, and serving in positions advising government. For example, he serves as a Member of the Social Statistics Advisory Board of Statistics Canada, and in working groups for the Government of New Brunswick. He brings his research to academia, public policy, and to the public. You will find Michael Haan in television and radio interviews, and online presentations about population change and immigration.

Michael Haan has been investigator or co-investigator on over $10 million dollars of funded research. In his research, Dr. Haan uses ‘big data’ to understand how people move around the globe, integrate into the labour market, and respond to changes in industry. Answers developed from his research inform debates on a wide range of topics, including employment insurance, labour market development, and immigration policy. Dr. Haan also researches as a member of several research partnerships, enabling researchers across these groups to tackle massive datasets and interdisciplinary questions.

For past research, see 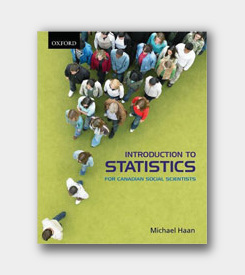 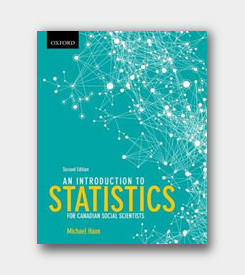 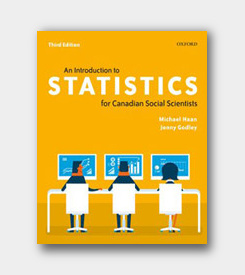 "Although I lecture comfortably in big classes, my personal preference is the ‘oxbridge’ pedagogical style, which is a much more tutorial-based style of teaching and learning. I believe that students need to be able to ask questions as they arise, and that in the era of mega-classroom lectures this has become somewhat of a luxury. I understand the role that big lectures play in the modern university, but I believe that this format is usefully accompanied by some smaller sessions, which I try to include in all my classes, where students can interact with their professor, teaching assistants, and fellow students in a more intimate and personal manner.

Closely related to this, whenever possible I try to employ a ‘knowledge through discovery’ approach in my teaching. Typically, this translates into spending a considerable amount of time working with students on projects and homework assignments. I regularly work one-on-one with students, often in the Statistics Canada Research Data Centre (RDC), to conceive an original project, learn the necessary analytical techniques to conduct the research, analyze the appropriate data, and write a publishable paper. Students seem to find the experience to be incredibly rewarding, and now they have the skills to be able to work on similar projects, independently, or as research assistants for other faculty members. In the coming years, I’m optimistic that these will be the students that leave a mark in their respective fields."

Dr. Haan is widely consulted by provincial and federal governments for policy advice in the areas of immigration, settlement services, the Canadian labour market, and population aging. He also makes time to speak to non-government organizations and the press, making his work accessible to the public.

P2P Investigates: Overview of Secondary Migration of Immigrants in Canada

How can Ottawa leverage administrative data to inform Local Planning?

Proposed Questionnaire Structure for the Agency of the Future Initiative

Recruitment and Retention in the Atlantic Provinces

Retention of Anglophone and Francophone Immigrants across Canada

One Wicked Question - Goin' down the road: When does it begin?

An Introduction to Data Analysis for Making Policy Decisions - afternoon