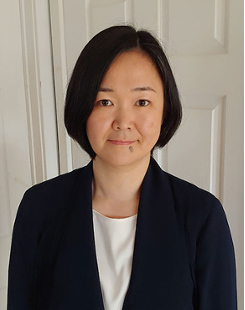 Fluent in English and Japanese

Dr. Yoshida has had leadership roles in the Canadian Population Society, as Vice-President (2018-20), Chair of the Student Paper Award Committee (2017-18), and Executive Board Councillor (2015-17). She also participates in other professional and academic organizations, including the Canadian Ethnic Studies Association, Canadian Sociological Association, and the Association of Canadian Studies. She has consulted professionally for Employment and Social Development Canada and Statistics Canada.

Dr. Yoshida focuses her research on immigration and social inequality. In her past research she has used social statistics to analyze economic inequality of immigrants in Canada, the role of family in immigration and settlement processes, economic and non-economic contributions of family class immigrants, and the multi-dimensionality of immigrants’ integration. Her current research focuses on analyzing the economic outcomes and retention of immigrants in Atlantic Canada, and the integration of refugee children and youth in Canada.

For past research, see

“I aim to create dialogues between academic pursuits and problem solving for the communities ”
– Yoko Yoshida, "Yoshida focuses on Creating Dialogues between the Community and the Academic"

Dr. Yoshida works to prepare the next generation of researchers to help the community. In the classroom, she brings in community partners and challenges students to apply their research skills to offer solutions to problems facing community stakeholders. In addition, she has organized and taught advanced research skills outside university classes: