Anomaly in the gradient: Health of U.S. adults with subbaccalaureate education

Among American adults, the largest educational-attainment group, encompassing 54 million adults, is those who attended but did not complete college – the subbaccalaureate group.  Surprisingly, little is known about the health of this group:  are the adults better off than their peers who only completed high school?  In other words, do the adults experience health returns on their investment in college?    This project will provide the first detailed description of the health status of the subbaccalaureate group vis-à-vis high school and college graduates, and propose testable hypotheses about reasons for the observed associations.

The subbaccalaureate educational attainment level --those who attended college but did not earn a bachelor’s degree-- comprises 28% of American adults age 25 and older, or about 54 million people in the U.S.  Surprisingly little is known about the health of adults in this major population group.  A recent study by Zajacova, Rogers, and Johnson-Lawrence found a startling anomaly in the education gradient in health: adults at the subbaccalaureate level (especially college dropouts but also some recipients of associate’s degrees) reported more health problems than high school graduates who never attended college. The gradient, which describes the monotonic positive association between schooling and health, has been understood to be universal across populations, health outcomes, and all levels of attainment.  The fact that the gradient does not hold for 28% of the population may provide important clues about the mechanisms of the relationship between educational attainment and health.

The long-term goal of the Zajacova’s research agenda is to understand how and why education and health are linked. The goal of this project is to compare the health of the subbaccalaureate group versus that of high school (HS) graduates who never attended college and college graduates, using three large, nationally-representative sources of data (the National Health Interview Survey 1997-2013, the National Health and Nutrition Examination Survey 1999-2012, and the National Longitudinal Survey of Youth 1979).  In Aim 1, we will provide a detailed picture of the health patterns across multiple health dimensions, across major population groups, and across age, period, and birth cohorts.  In Aim 2, we will explore how specific mediating and confounding mechanisms—employment, economic circumstances, health behaviors, childhood social conditions, cognitive/non-cognitive skills, and early health—explain the observed health patterns across the three education groups.

This Short Communication builds on recent findings that documented an anomaly in the education–health gradient: adults who attended college but did not earn a BA (the subbaccalaureate group) reported an equal or higher level of health problems than adults with high school (HS) diploma. Our aim is to test whether this anomaly holds when we eliminate potential reporting differences, by examining biomarker levels in the subbaccalaureate vs HS groups.

Using the restricted 1999–2012 NHANES, we estimate models of biomarkers for cardiovascular and metabolic diseases as a function of educational attainment, including three subbaccalaureate levels: “some college”, vocational associate degree (AA), and academic AA.

The data show that adults with “some college” or vocational AA have no systematic advantage over HS graduates in most biomarker indices while academic AA is associated with a significantly better risk profile compared to HS. The findings indicate that the adults with some college and vocational AA degrees do not benefit from their college experience in terms of improved physiological risk profile.

This pattern underscores the need to understand and explain the anomalous health pattern that concerns 28% of American adults in the subbaccalaureate group among whom many reap little health payoffs to postsecondary schooling. 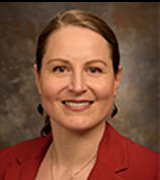